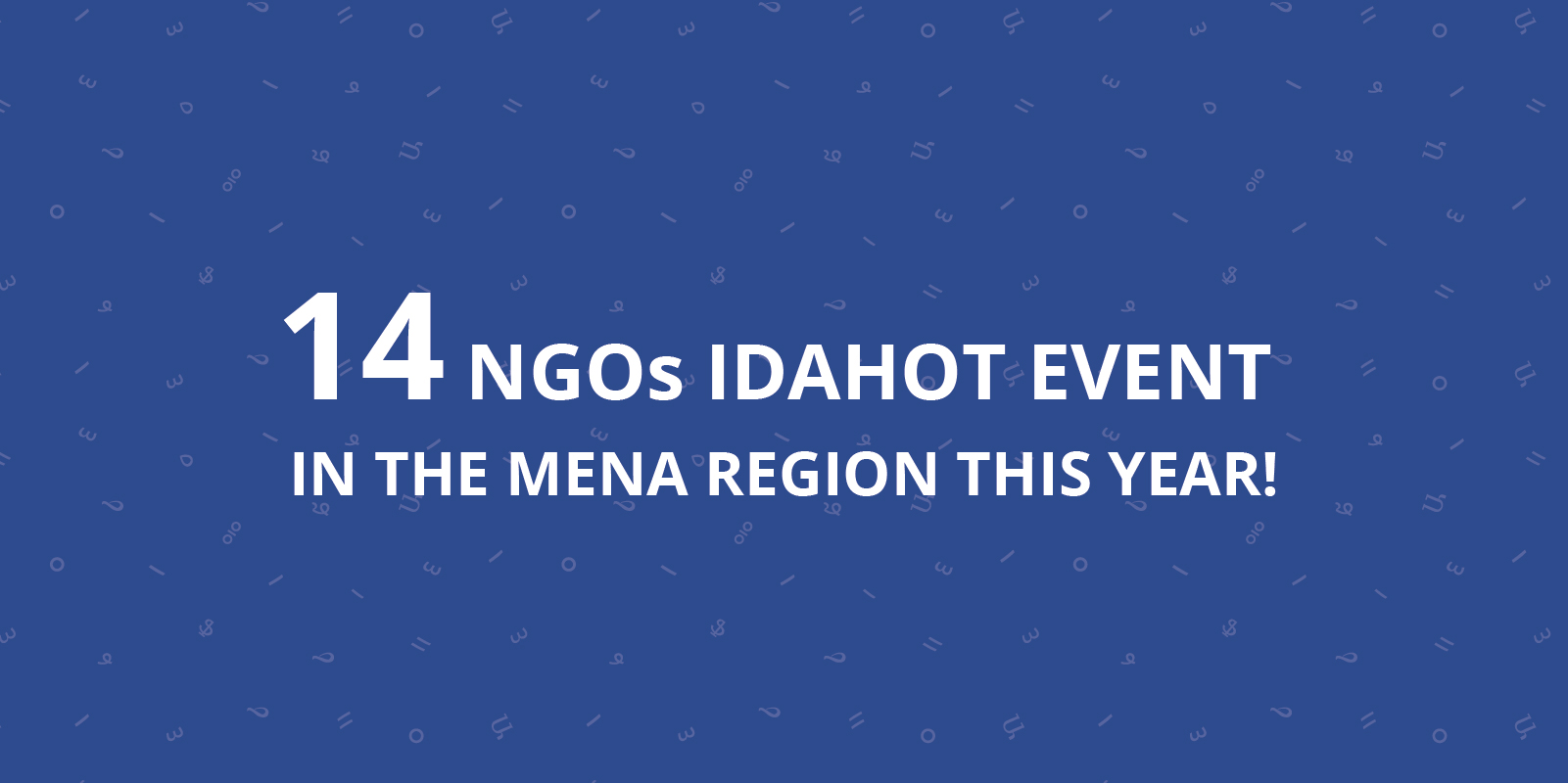 This year’s IDAHOT theme was family. Many LGBTIQ++ organisations in the MENA region worked hard on being part of the celebrations this year by organising different events and actions. Some organisations focused on the theme and showed to which extent family support can play a role in fighting or surviving violence and hate; while other organisations initiated talks on the notion and the understanding of “family”. There are other organisations that benefited from this year’s IDAHOT to denounce stigma, violence, and discrimination in our region. The Arab Foundation for Freedoms and Equality promoted the work of all these initiatives through social media. Here is a compilation of the different activities that were happening throughout the MENA region this year.

MOSAIC visited the American University of Science and Technology campus in Beirut to promote tolerance & acceptance of diversity among students. Many students took pictures and posted them on social media using the hashtags: #LGBTIQ #LGBTQ #IDAHOT #MOSAIC #ProudAlly #diversity #لا_للكراهية Let’s end #HomoHate #TransHate #BiHate #NOH8 Student were also invited to write their opinion about hate, homophobia, and transphobia on a “thoughts wall”. Music and artistic activities took place on campus as well.

M-Coalition shared a powerful poster to raise awareness on the dangers of homophobia and transphobia and to denounce criminalisation of homosexuality.

The Gender and Sexuality Research Center of the Arab Foundation for Freedoms and Equality created a new Lamha video with Ameen Rhayem correcting the terms used by the media when talking about the LGBT community.

Unfortunately, after receiving numerous threats from extremist religious groups in the country, the venue was cancelled and the conference was relocated to the digital space under the slogan and hashtag:  #وصمة_عار (stigma)

As a response to the threats received and the cancellation of Helem event (See number 9), a group of lebanese NGOs launched the campaign  #وصمة_عار and broadcasted an online conference and a live tweet. All the videos from the conference are available on the NGOs Facebook pages.

In a great national collaboration, Tunisian LGBTQI rights Mawjoudin and DAMJ, feminist organisations Chouf and ATFD and Association for the Protection of Individual rights ADLI organised an IDAHOT celebration at cinema le Rio. The programme included an overview of LGBTQI situation in Tunisia, a documentary and a drag-show by artist Lorenzo. The event was also broadcasted live on Facebook.

Supporters were invited to join this campaign by blogging, tweeting and publishing posts with stories of violence in public spaces and on the street.

The NGOs involved in this action are:

As part of its celebration of the Egyptian and the International Day against Homophobia and Transphobia, Bedayaa Organization for LGBTQI in Nile Valley Area (Egypt & Sudan) in collaboration with Mesahat Foundation for Sexual & Gender Diversity and Trans Homoz DZ launched “My Family My Choice” regional campaign from North Africa on May 2017 .

The camping contained many activities such as online media campaigns and events in Sudan (Khartoum), Algeria (Algeria), and Egypt; in both Cairo and Alexandria.

The campaign focused on the concept of “Queer Alternative Families” and the support and solidarity that we gain from our queer families, through open discussions in the presence of LGBTQ community members and their allies. Moreover, filming and screening of short documentaries about queer families’ life in Egypt and the struggle of LGBTQ persons in Sudan.