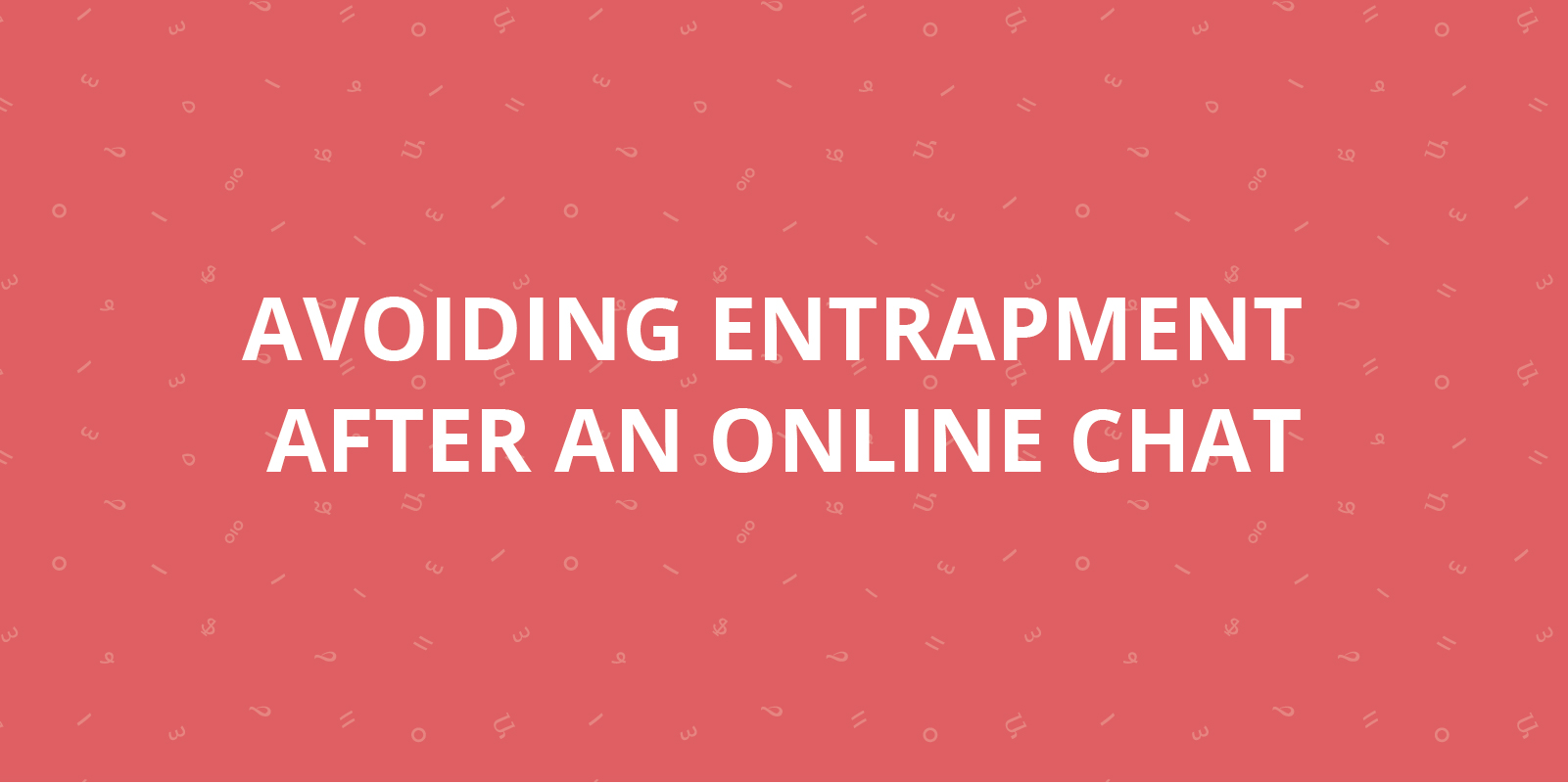 These are all difficult questions to answer. In general, especially in countries where authorities are actively on the hunt for LGBTI individuals like Egypt and Saudi Arabia, it’s advisable not to set a datewith anyone who doesn’t seem to be trustworthy. One tip is to ask as many questions as possible to the person you chat with before giving away any data that might identify you. Inconsistencies in answers can be an indication that the person is dodgy. It is also better to chat with someone repeatedly and over an extended period of time before meeting him in person.

Avoid sending your face photos or your personal information such as your real full name or your home address to someone you haven’t met in person.

Most reported stories of entrapment in Arab countries were said to happen in public places. Despite that fact, it is still recommended not to meet someone for the first time in a private home. It might be wise to choose a crowded public place as a meeting point and arrive earlier to the meeting so if you feel there is something suspicious about the person you have a date with, you can always escape. Try also not to have “incriminating” material on your mobile phone when you meet someone for the first time. It is reported that in case one is arrested following an entrapment, authorities use photos and chat conversations on his phone against him.

These tips might sound rather drastic but there were several cases of online entrapment reported in the Arab region over the past year. But it remains impossible to get an accurate assessment of the frequency of such cases.

For instance, in Egypt, it was repeatedly reported that security services monitor regularly sites like gayegypt.com and dating applications and use them to set up fake meetings.

One gay Egyptian man told France 24 in a recent report:

“In the current climate, I no longer dare to use applications to meet people. Undercover police agents use the applications to set up meetings with gays in cafes. It’s a trap. About a week ago, a friend of mine was arrested in this way in Cairo. I still haven’t heard from him. When I tried to call his parents, they claimed he was visiting family in another city. I’m scared he’ll be tortured or raped. Moreover, he’s a fragile person and the police could force him to name other gays… like me, for example.”

Grindr has posted a warning about the issue of entrapment for users in Egypt. Local LGBTI activists have also cautioned against meetings through dating applications like Grindr, Hornit or Scruff. One noteworthy advice is not to be dazzled by someone’s seeming level of education. “Informants can be cultured and very well-informed about (gay life),” said a post on a Facebook page called, “End the persecution of the LGBTQ community in Egypt”.

Another recent case of entrapment was reported in Saudi Arabia. A local publication reported in August that a 20-something gay man was arrested after unknowingly setting up a date with a security agent via Twitter.

The unidentified Saudi was arrested at a public meeting place in Medina, and his phone was confiscated. Police said the phone contained “evidence for his homosexuality” and “indecent images.” He was sentenced to three years in jail and 450 lashes.