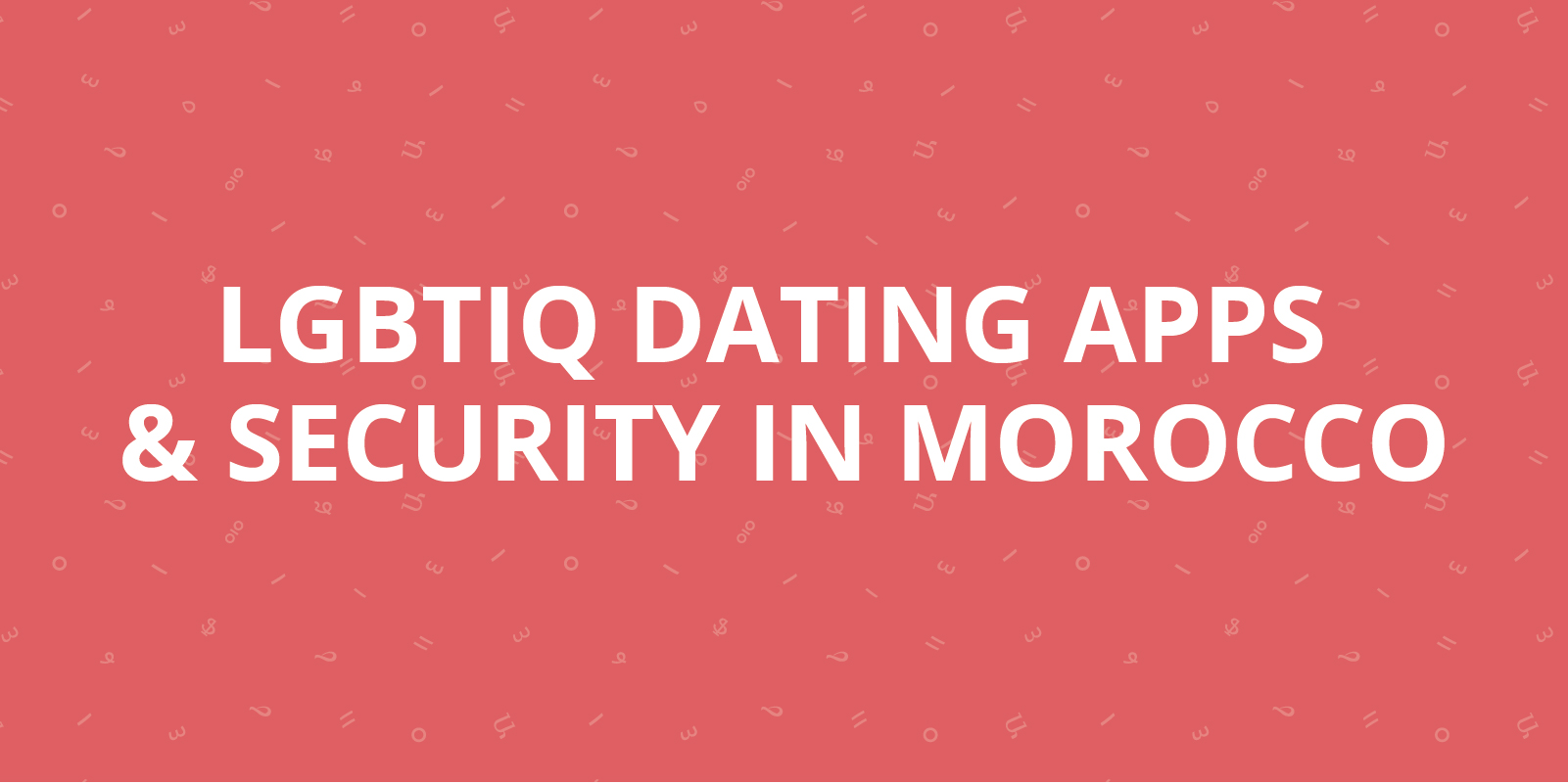 Dating applications are trendy and popular among the LGBTIQ worldwide, especially that they are used on smart phones which have become a companion to all of us, making those applications available around the clock to their users. These dating apps enable their users to explore and look through other users’ profiles within seconds, and also express interest with one touch on the screen.

For Morocco, that is a state which criminalizes homosexuality, preventing safe spaces for the members of the community to meet, leads them to the usage of the dating apps as a means to break the barriers of culture and law that aim to hinder the meet up process and at the same time is a way to find an intimate partner in relationships that differ from one person to the other. Although these apps haves many advantages for them, it is imperative to be cautious when using them, given that most of their users are unaware of the dangers that might reach them from those applications.

From what’s mentioned previously comes the need for awareness of digital security to benefit the LGBTIQ community in Morocco. This awareness is almost nonexistent due to the lack of interest of the people and the complex structure of the intelligence system of the Moroccan government. It is often that you find the apps user sharing their real photo which can be easily used to identify him/her in a homophobic, transphobic, and criminalizing context, as well as, the pictures which are sent with a full face exposure that can backfire at their owners at any given second. Some applications require GPS activation to work and here anyone can know the location of the user, resulting in jeopardizing the user’s personal security.

We can mention some of the security breaches which are done by hackers through taking advantage of loopholes in the applications or those which are momentary loopholes due to a technical issue or a security breach of the user’s internet. All these breaches are possible to hack his/her entire accounts that include conversations with other users and intimate personal pictures, as well as, personal information.

Usually, conversations held on those dating apps end up in meeting the person, that might also count as a risk on the life of LGBTIQ community members if and when those meet ups turn out as a failure, the place agreed upon could be unsafe, or the person meeting them could be different from the one they saw a picture of on the app, which could result in an assault, theft, or exposing their identity, which is more likely in most cases and at the same time there is no legal protection for the victims due to the criminalization of homosexuality in Morocco. For that a victim cannot ask for protection or report an incident to the police, and the end would be gruesome. We always advise in such cases to inform the very close friends of the place of the meeting with the other user.

Also, comes the role of the state itself in this, where there is no guarantee that it doesn’t monitor those apps and takes advantage of the information they contain to bombard the private lives of the individuals using them with violations. The state can also do that to the activists who advocate for the LGBTIQ community and here comes to our mind the Egyptian example of such a case; Egyptian activists are always a target for their government and their private lives and sexual orientation are always taken advantage of to expose and arrest them.

Due to such a condition of lack of security, constant monitoring, and criminalisation in Morocco, it is imperative to work on gaining the skills and techniques to secure the members of the LGBTIQ community, especially digitally, for the general benefit of the community and to cooperate with all the activists to face those violations of private lives and fight for the respect of those activists and decriminalise homosexuality in Morocco.