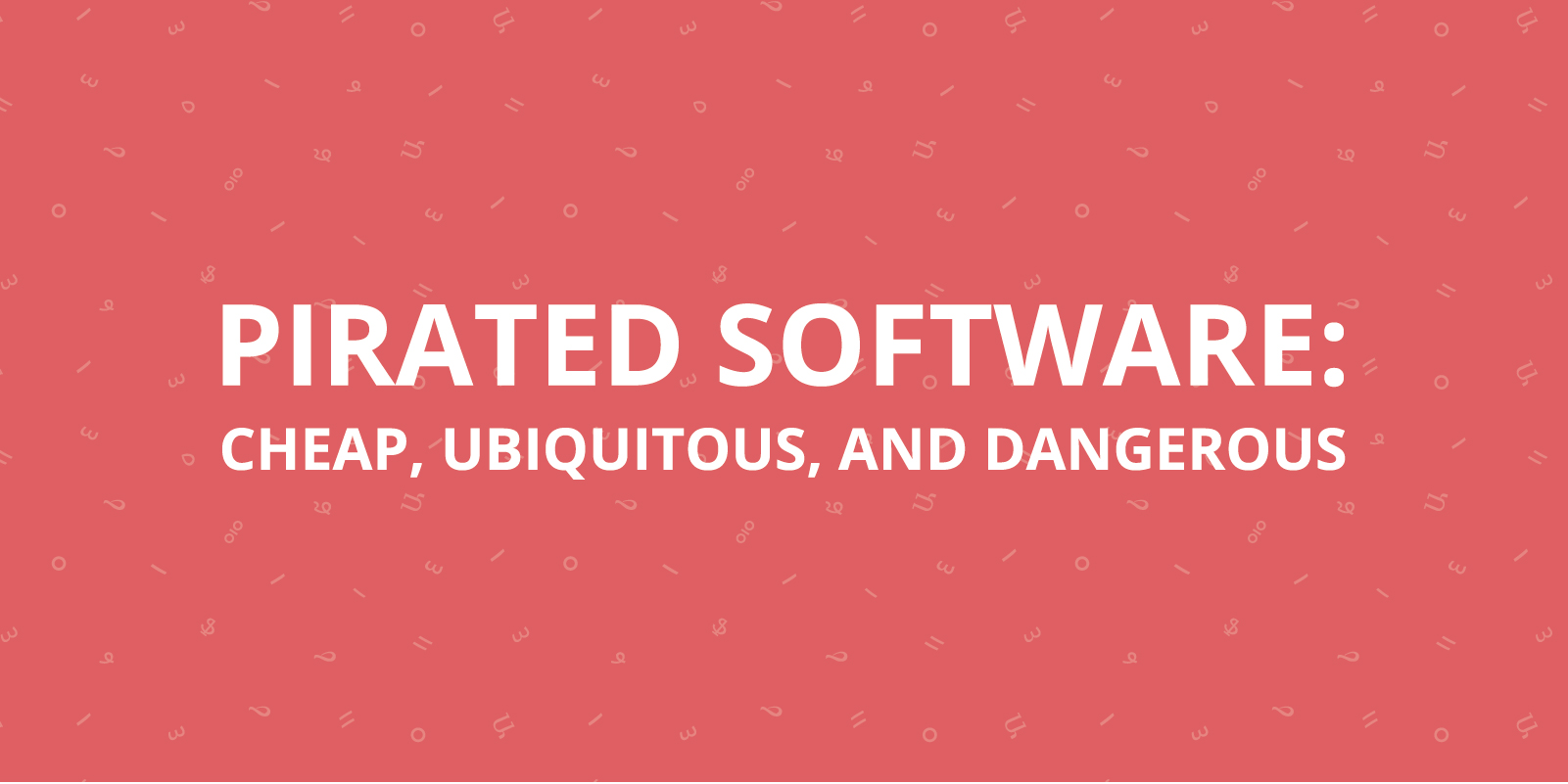 Buying original computer programs directly from the manufacturer is a significant expense. Meanwhile, the computer shop in your neighborhood is selling copies for just a few dollars. The disc from the local computer store looks different—it is plain with only the name of the program scribbled on it with a permanent marker. But besides lacking the official logo of the manufacturer, if you buy a copy from your local shop, it’s not different from the original program, right?  Wrong!

Those cheap computer program discs distributed by small vendors in many parts of the world—including the Middle East—are unlicensed and unregulated. A common term for this practice is “pirated” software.  For activists who are organizing around human rights for LGBTQI people—especially in countries where homosexuality is criminalized—pirated software is a dangerous gamble that jeopardizes the safety and freedom of everyone in their networks.

When you compare the cost of original software to the pirated copies you can buy at the local shop, paying 10 times more for the original feels like the foolish choice. Why pay more?

Here’s why: the people who profit from selling pirated software are part of a system that compromises the integrity of the computer programs in every way possible. Such compromises are necessary in order to get unlicensed copies down to a low price while still remaining profitable to the unauthorized sellers. When we, as consumers, focus only on the price, we’re not thinking about the extra malicious programs we don’t want that could be installed automatically along with the program we do want.

Particularly serious examples of destruction include pirated operating systems (such as Windows) or pirated anti-virus software that actually contain malware. Simply by inserting the disc into your device, you are unknowingly installing malware on the deepest levels of your system—and in a way that disguises the malware so well that it is not easily removable, even by most technical experts.

Even when people are aware of these risks, it’s easy to believe such damage won’t happen to your system. It is rather normal to minimize these serious risks, considering that unlicensed software is so ubiquitous in many Middle East cities where it is common practice for even established organizations to purchase pirated software for equipment used by employees as a cost-savings measure. The motivation to stretch an organization’s budget is even greater when—as is the case within LGBTQI communities—the organization is working outside of traditional social systems and has little or no financial resources.

If your organization thinks that saving money is the top priority, think about “cost” in a different way when acquiring new computer programs:

The ubiquitous, unregulated industry of pirated software will continue to tempt computer users, especially when financial resources are low.  But when you are working with sensitive data, the real cost of installing pirated software is a high risk you cannot afford.

Abigail Garner is an independent editor and a fellow at the Centre for Internet and Human Rights.  Samir Nassar is an independent digital security trainer and consultant working primarily in Europe and throughout the MENA region.