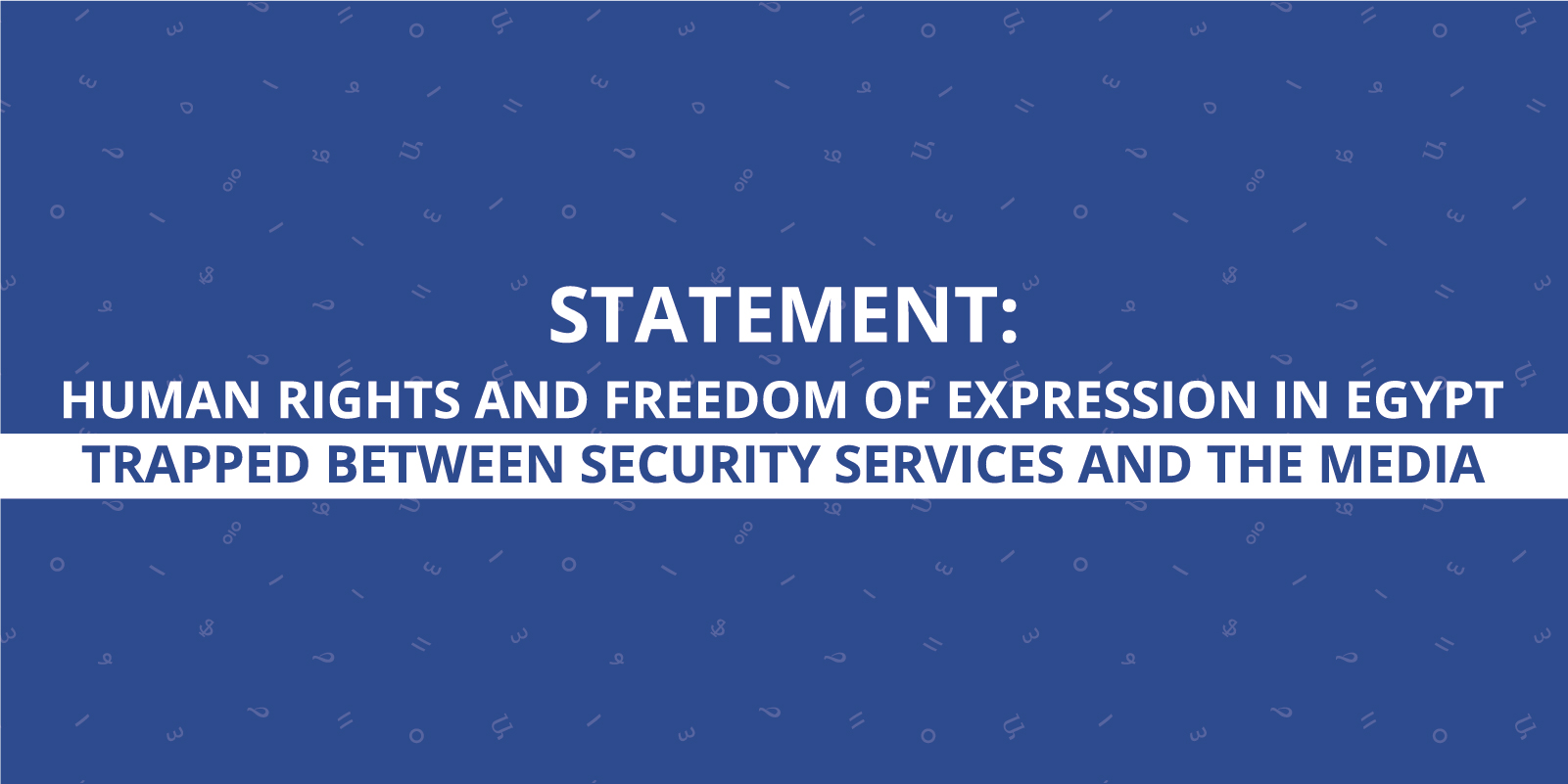 Following the escalating violent attempts to suppress and divide civil society organizations, restrict their resources, and increase security measures to silence advocates for human rights and freedom of speech and expression in Egypt, the Egyptian state and media have exceeded all expectations in spreading fear, discrimination and encouraging hate speech inciting Egyptian citizens against each other.

During the past week, the Egyptian state arrested at least 63 Egyptian citizens following the raising of rainbow flags during a concert organized by a band, “Mashrou’ Leila”, on Friday, September 22, 2017. The local media supported these arrests by publishing numerous articles and interviews encouraging hate speech against groups and individuals that have gender non-conforming identities and sexual orientations, especially targeting LGBT people in Egypt. These provoking articles invaded most news and social media platforms.

Consequently, the security attacks increased causing the arrest of more citizens who were charged of “inciting immorality” and attending the abovementioned concert. The Egyptian police’s statement alleged that arrested individuals are “homosexuals, who raised the LGBT flag and encouraged the practice of immoral acts.” Political figures, political parties’ representatives, Members of Parliament and Al-Azhar religious scholars have also pressured the state to put an end to – what they called – attempts to corrupt the youth.

In addition, many media organizations – news websites, newspapers and broadcast media – launched campaigns to promote for hate speech using stigmatizing and demeaning terminology against individuals and their dignity. In doing so, these media organizations have neglected the journalism’s code of ethics, international human rights’ values, objectivity and violated the dignity of citizens and their rights to privacy and security against violence, social discrimination and their freedom of speech and expression.

First: We call for human rights organizations, civil society, the international community, journalists, media experts, lawyers and all individuals who are interested in protecting human rights values to join their voices to ours and sign this statement.

Second: We remind the Egyptian state of its important responsibility of protecting the security of Egyptian citizens and guaranteeing the freedom of speech and expression as stated by the Egyptian Constitution and International Conventions.

Third: We call for media organizations to respect the values of professionalism during their coverage and defend human rights and avoid hate speech and demeaning terminology against Egyptian citizens, and refrain from giving a space to sources who intentionally spread fear and hate.