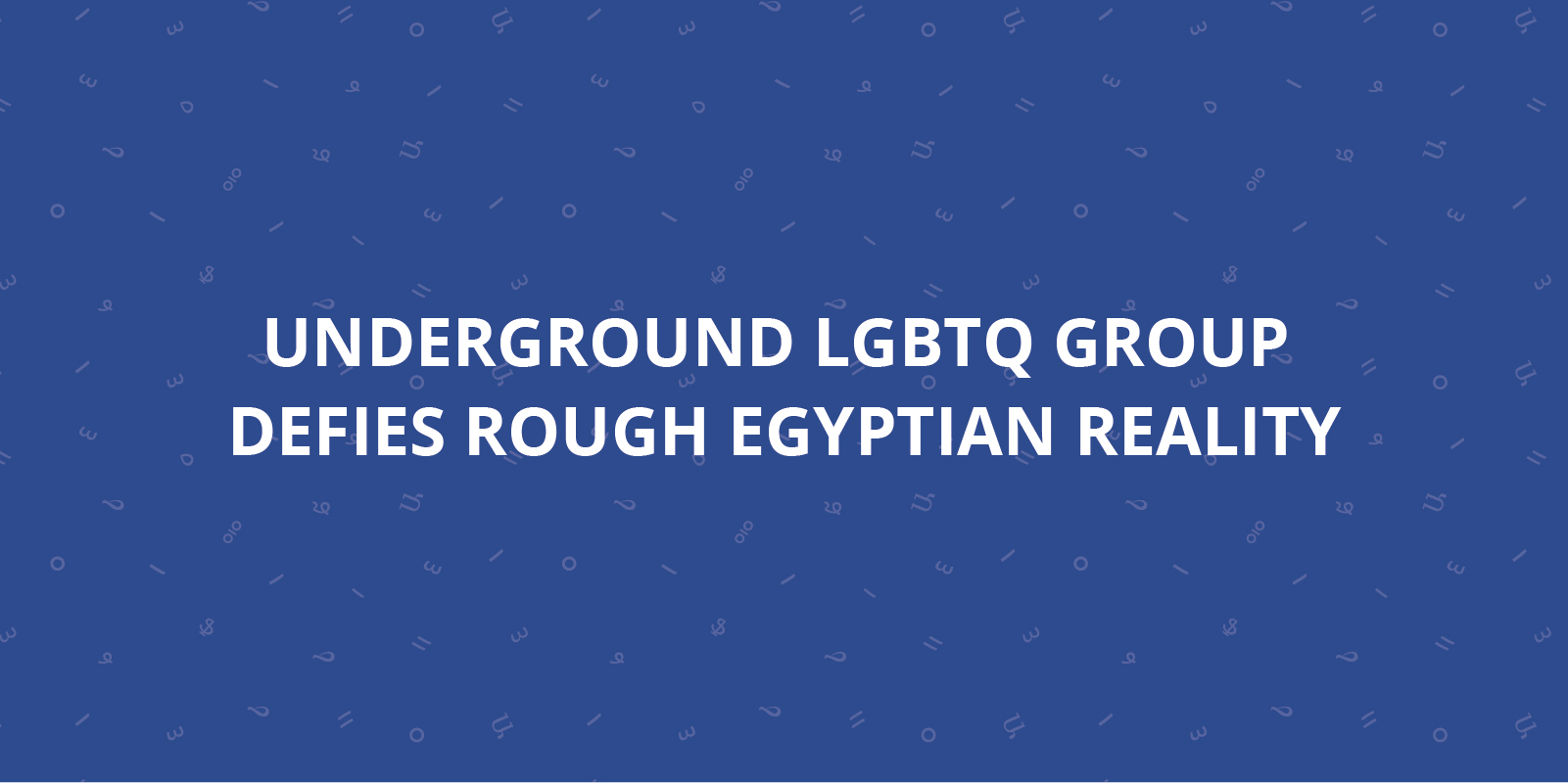 Noor and her friends arguably live in one of the most repressive Arab countries to LGBTQ individuals. In Egypt, gay men and transsexual women are routinely rounded up by the police, tortured in jail and given long prison sentences. This harsh reality, however, did not deter activists like Noor (not her real name) from struggling for the rights of LGBTQ individuals.

Today, Bedayaa (or beginning), an underground group started by Noor and a handful of other colleagues, meet in secret locations in Egyptian cities like Cairo, Alexandria, Tanta, and others. There, they organize workshops, provide legal advice and assistance, as well as psychological counseling to LGBTQ communities.

With the bold mission of helping LGBTQ people in Egypt and Sudan to lead “a life free of discrimination and stigma”, the group tries through modest initiatives to create new possibilities for these persecuted groups in a highly homophobic society.

“LGBTQ people do not accept themselves in Egypt. Many consider themselves sick or sinners. This is why we decided to work mainly on empowering members of the community to help them gain self-esteem,” said Noor. “Otherwise, how can we convince society at large that we are normal people if we are not convinced of that?”

Bedayaa’s activities include counseling sessions with competent psychologists who explain that homosexual tendencies are not abnormal. Noor said that it was challenging to find mental health practitioners who don’t regard homosexuality as an illness. The vast majority of medical doctors in Egypt resort to conversion therapy in the treatment of LGBTQ people.

One area of particular interest for Bedayaa is religion. Religious believes are a main reason for self-loathing among LGBTQ individuals in this highly religious society.

“We try to convince people from our community that there is nothing contradictory in believing in and practicing a religion and being an LGBTQ person,” Noor said adding that they use arguments from religious texts that show tolerance in order to arm LGBTQ individuals to counter bigotry.

The group also helps equip LGBTQ individuals with digital security tools to protect themselves against online trapping, which might lead to arrests. It is common in Egypt to find police informants on dating apps and chatting websites trying to lure in gay men to blackmail them or take them into custody.

Workshops provided by Bedayaa educate gay people to be cautious when using these apps and sites. They instruct them not to send personal photos, give personal information or agree to meet others before establishing a trust relationship. They also teach them how to hide gay apps on their phones, not to log onto apps via Facebook and to use secure apps, like Text Secure, instead of Viber or Whatsapp, for their communications.

Bedayaa has garnered support from progressive, allied lawyers who accepted to take up the defense of people accused of homosexual acts. Oddly in Egypt, there are no laws that directly criminalize homosexuality. Authorities use general laws against “debauchery” and prostitution to pursue gay men and transsexual women –arrests of Lesbians are rare.

“It is common for policemen to say in their reports that they seized money to frame the cases as prostitution,” said Noor. She added that lawyers try to argue against the legal bases of these arrests.

Since 2013, Bedayaa has recorded 250 cases of arrests related to homosexuality. At least, 100 cases led to criminal charges and harsh sentences from two to 12 years.

Bedayaa’s team works in highly challenging conditions. Unable to register their organization officially, they have to work secretly to avoid prosecution. The group was formed in 2010 and relied on personal funds and help from like-minded groups.

Members of the group use digital security tools for their communications and they are very careful not to give any indications about their real identities and where they operate from.

Following the Egyptian revolution in 2011, the group had high hopes with the emergence of a general atmosphere favorable to civil rights. But as activists of all sorts are increasingly being silenced, hopes have since then plummeted. Today, most gays in Egypt live in a state of fear after several crackdowns on private parties and public venues.

Even Bedayaa had to suspend all their activities for a few months last year for security reasons.

Another challenge that LGBTQ communities face in Egypt is hostile media. Most newspapers and TV stations regard homosexuality as a “perversion” and instigate crackdowns against homosexuals.

“The government uses media campaigns against gays to say that they are upholding morals and fighting vice,” said Noor.

This prompted Bedayaa to organize workshops for LGBTQ community members about journalistic ethics and principles to promote positive writing about issues related to homosexuality and transgenderism.

The group would like to expand activities to other areas of Egypt where reality for LGBTQ people might be even harder than in the capital but they lack the human and financial resources for such a “huge task”.

In Sudan, their activities are limited as well. There, laws explicitly condemn homosexuality and gays can theoretically even be sentenced to death. But, in general, according to Noor, there are fewer arrests in Sudan against LGBTQ individuals and the issue is more taboo.

“It is a more tribal culture. So the problems that LGBT individuals face are more social ones,” said Noor.