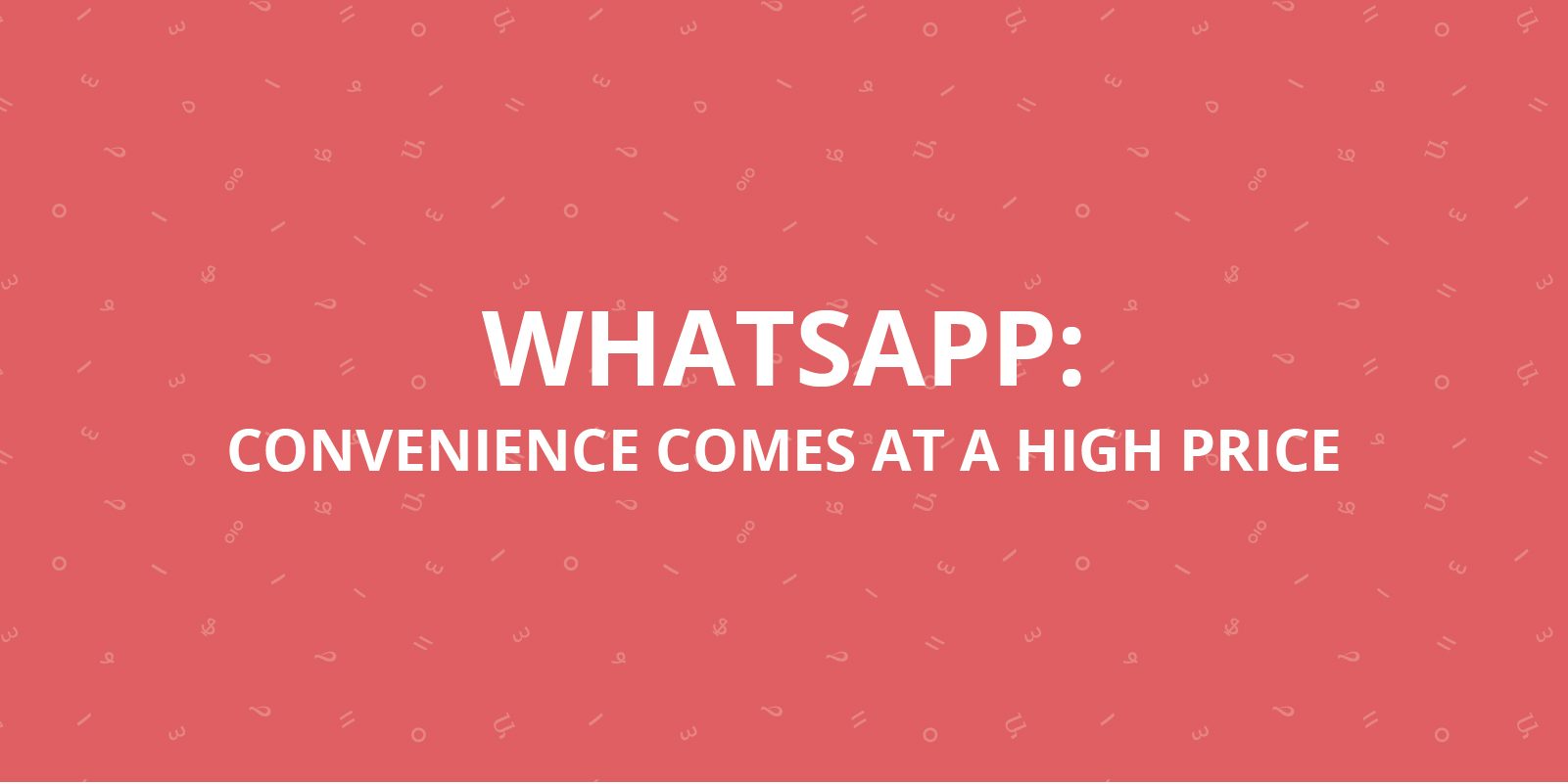 You met a hot guy or girl and want to chat and exchange photos with him or her on WhatsApp? Make sure you understand the risks inherent to that application and how to avoid them.

LGBTQ people in the Arab region are increasingly using WhatsApp for their communications. First, it’s a very popular app that’s easy to use and second, in some countries, it’s offered by service providers for free as part of an internet bundle.

But chatting through WhatsApp involves numerous risks that you need to be aware of. It’s true that it doesn’t stick out on your phone like regular gay dating apps do, but the fact that everybody uses it, doesn’t necessarily make it safer.

Many chats start on gay dating apps such as Grindr, for instance, and continue on WhatsApp for convenience. Before you do that, ask yourself if you trust the other person enough to give him your phone number. As opposed to most gay dating apps, WhatsApp requires and displays phone numbers. Sharing your phone number makes you more easily identifiable and more prone to harassment and blackmail.

Another thing to be careful about are photos. Make sure to delete any nude photos you may receive via WhatsApp immediately after receiving them, or at regular intervals, to be sure that no one ill intentioned could potentially access them. The application (on most devices such as android and windows) downloads photos and videos directly into your photo album. So be careful to delete sensitive photos from your photo album as well as from the app itself. Only on iPhones, you can choose to receive the photos only in the app.

The real trouble remains that once you send your photos to someone else, they can store them on their phone and there is no way for you to make them disappear. Another fact to be wary of is with your profile picture. If you are using WhatsApp to chat with friends and family as well as other LGBTQ people, understand that anyone you add will see your profile picture and can either download or take a screenshot of it. Once they can have it, they could use it against you.

As for messaging, WhatsApp claims that all its messages are encrypted. So while there might not be a risk of having your messages intercepted, others can still read your messages if they get hold of your phone. So make sure to delete all messages you do not want others to see. In general, try to use vague language that doesn’t make your sexual orientation too obvious from your messages. Also, be aware that even if you delete conversations, they won’t be deleted on other people’s phones. And if someone you chatted with is busted, authorities, or other predators, can still see the content of the messages you shared.

Another risky feature on WhatsApp is that it allows others to add you to a group without your consent. Other users on the group will then see your phone number even if they are not on your list of contacts. Of course, you can decide to leave the group and block any numbers of people you don’t wish to talk to or exchange messages with.

Also be careful when you change phones and/or phone numbers. Make sure you delete all WhatsApp folders in the phone before handing it to someone. A security researcher has discovered that when he downloaded WhatsApp on a secondhand phone, he inherited the account information of the previous owner of the phone.

For sensitive conversations or chats with other LGBTQ people, it might be better to avoid WhatsApp to remain on the safe side. Other more secure alternatives for chatting are: ChatSecure, CryptoCat or Signal. Even if they are not as popular as WhatsApp but they guarantee a much safer chatting experience.

You should note that Cryptocat will no longer be a web application but a native application downloadable through an application store (such as Google Play or Apple’s App store). The native app is currently available in a beta version (a testing phase).

Another advisable alternative for safe chats is Wickr.

What’s interesting about this app is that it allows you to set a timer that will delete all the messages and files sent (photos, videos, voice messages etc.) after a specific amount of time. Still, beware that the receiver of the content you send can make screen shots or film content on the phone with an external recording device.

The app also offers very good encryption. Creating an account on it requires a username and not a mobile phone number. Wickr can be used on all mobiles and all computer operating systems. The only thing negative thing about the app is that it is not an open source program.